Are there potentially dangerous animals?

Are there potentially dangerous animals?

Snakes
The word `jungle’ conjures up nightmare images in the minds of many people of a place seething with snakes. Well, the reality is quite different (alas!): you seldom see snakes! Most encounters with snakes are with non-venomous species. Nevertheless, the threat from venomous snakes does exist, and their bites can be very serious indeed, sometimes fatal. However, your chances of being bitten by one are about as improbable as being struck on the head by a falling coconut. Venomous snakes will rarely bite unless provoked, trodden on or grabbed. Your experienced guide is there to minimize that improbability and will take the lead on all treks.

Peccaries
Of the large mammals found in the Neotropics – of which there are surprisingly few – it is only the peccary that has a dubious reputation. They have been known on occasions when taken by surprise, to send the unwary hiker scurrying up a tree for safety. Encounters with peccaries (the larger white-lip peccary in particular), in herds of 20 or more, are common in Corcovado and, as yet, no casualties have been reported. Their foul smell and the loud cracking of their canine teeth when alarmed, make encounters with these beasts an awesome experience, and a memorable one! We recommend that you practice your tree climbing!

Jaguars
Jaguars are large and powerful cats, but have never, contrary to expectation, been known to bother people. There is a relatively healthy population of these cats in Corcovado!

Pumas
Pumas, reportedly, have on a couple of occasions `tumbled’ people in Corcovado Park. No serious injuries resulted. Personally, we would rather see and be `tumbled’ by a puma than not see one at all!

Sharks
Sharks are prevalent in the coastal waters of the Osa Peninsula and the Golfo Dulce. And among their ranks are two of the three most infamous species: the tiger shark and the bull shark. While this area is not renown for shark attacks, they have been known to occur – though no fatalities as far as we are aware. Bull sharks are very often seen patrolling the mouths of the Rio Sirena and Rio Claro in Corcovado Park. The benign white-tipped reef shark is a common sight to divers off Caño Island.

American crocodiles
American crocodiles kill on average one person annually in Costa Rica. In recent years, these have been tourists! This species does not have a particularly bad reputation, preferring fish to tourists. But large specimens of three and a half meters (12 feet) or more will take large mammals and even people. Because of Costa Rica’s rigorous conservation laws, specimens of this size and larger are common here – reportedly there are crocodiles of up to 6 meters (20 feet) in the Corcovado Lagoon. But the American crocodile is not a threat unless you are dumb enough to swim in rivers, lagoons and lakes where they are known to occur.

Previous postWhat about bugs?
Next postWhat precautions should I take? 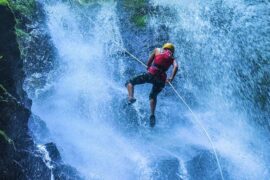 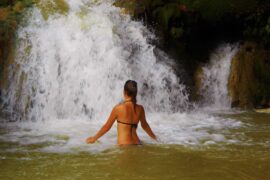 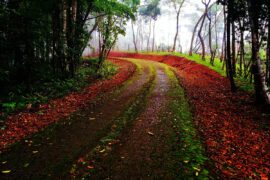 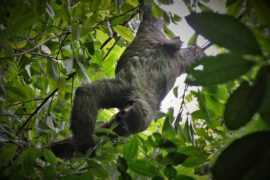