What precautions should I take?

What precautions should I take?

A Precautionary Note
Hopefully we have allayed some of your fears and phobias about the tropics; or at least put them in perspective. But please don’t become too complacent: there are hazards and dangers in tropical rain forests and coral reefs.

Getting Lost
Getting lost in rainforests, for example, is a very real possibility if you are foolhardy enough to stray from the trail and your guide. When surrounded by trees with visibility restricted to 30 meters (100 feet) or less, one has no point of reference by which to navigate. And while the adage that all rivers lead to the sea is true, in Corcovado many rivers have their seaward courses interrupted by crocodile-infested swamps! Slippery trails and protruding roots make real the possibility of tripping and breaking a bone. Some trees, especially some palm trees, have vicious spines which, can cause deep wounds, can be difficult to remove, and often cause suppurating wounds.

Some Perspective
Although perils can come from unexpected sources, tropical rain forests and coral reefs are not seething cauldrons of nightmares as some may fear. If entered with due respect and perceived for what they really are–incredibly diverse and complex interrelationships of living things–tropical rainforests and coral reefs are truly among the most fascinating and captivating ecosystems on Earth.

Medical Advice and Vaccinations
Costa Rica has had for several decades an excellent health service. Therefore, many of the diseases prevalent in other tropical countries have long since ceased to be a problem here. Nevertheless, you should seek medical advice from your doctor or medical center about what vaccinations are required and recommended for Costa Rica.

Dengue Fever and Malaria
Dengue fever and malaria are both on the increase worldwide, and have recently reappeared in this country. Dengue and malaria are transmitted from people to people by mosquitoes, with no other animal host involved. Risk from either disease is greater in urban areas than in rural areas. The Osa Peninsula has seen only a handful of cases of these diseases in the last couple of years largely because it is mainly rural. Concern for dengue and malaria in Costa Rica is centered primarily in the urban areas of Puntarenas, along the Pacific lowlands, and in Limon, along the Caribbean lowlands.

Waterborne Diseases
Waterborne diseases, such as cholera and typhoid are virtually unknown in Costa Rica, and municipal water supplies throughout the country are for the most part chlorinated and potable. The incidence of hepatitis is 100 times greater than typhus and 1000 times greater than cholera. The protozoan Giardia and the bacterium shigella are widespread in natural waterways. Under no circumstances should you drink water from a stream. Avoid schistosomiasis by not swimming in very slow-moving water.

We recommend you bring with you:

Previous postAre there potentially dangerous animals?
Next postWhat are the regulations in Corcovado National Park? 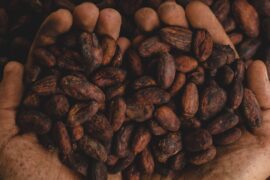 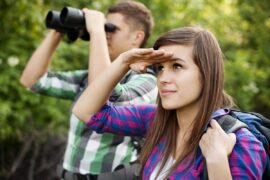