A bit of history

The multi-cultural village is the oldest of the South Pacific of Costa Rica. The Osa Peninsula is known to be the most original territory due to the confluence of various ecosystems. The mountain ranges populated with green forests of different shades, the sea, beaches, rivers and crystalline streams follow slopes that flow into the Golfo Dulce, giving a unique scenic beauty in Costa Rica and Central America.

The name of the peninsula seems to derive from a cacique who lived near Punta Burica, who was called Osa.

The Chiricanos, from Panama are the first colonizers, they arrived by sea around the year 1848. A colonization process began in those years, the presence of which remains to this day.

It remains a mystery why the Chiricanos and European colonizers did not find indigenous settlements when they arrived in these lands. The archaeological sites analyzed allow us to estimate their origin between 800-1500 after Christ. It is estimated that aborigines occupied the coasts, rivers and some mountains, both for agriculture, fishing, hunting, as well as to extract raw materials necessary in their residential settlements.

Puerto Jiménez has had three settlements on the Peninsula.

The first was Santo Domingo de Golfo Dulce, located in Puntarenitas. A part of the town sank because of a strong earthquake in 1853, and moved to the neighborhood located west of the mouth of the Platanares river. 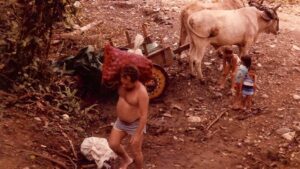 This town continued to be called Santo Domingo (later it was called Old Town) and it also suffered the effects of erosion when the lands of the soccer field and the church sank. This is how the President of the Republic then Ricardo Jiménez Oreamuno responded to the population’s request to buy private land for the transfer to its current location; thus, in homage to this action, the town was renamed Puerto Jiménez and the original name was lost.

At the time, it was only field lands, some inhabitants established themselves to Matapalo, Piro, Agua Buena and Carate to work with livestock and do agriculture. 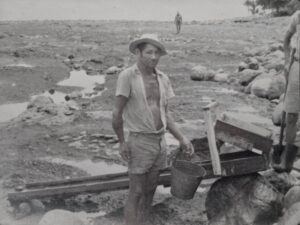 Since the beginning of the 20th century, the colonizers discovered the presence of gold in the sands of the rivers, which they extracted using the alluvial technique. This was one of the reasons for attracting immigrants of different nationalities. During the 1930s and 1940s, there were people washing gold in the Madrigal river and beach (east of the Peninsula), without any state control. Later, in the 1950s, gold mining activity continued in other rivers such as the Tigre, Agujas, Rincón and Riyito, which flow into the Golfo Dulce.

Gold was traded in the area and became a currency of exchange, for the purchase of food, liquor, groceries, and agricultural and mining work implements. 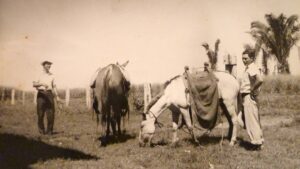 There was no road coming to Puerto Jimenez, local people will get food supply coming by boat from Golfito, then it would take an additional 2 days by horse to reach Carate.

The practice of gold extraction persists even today by artisanal gold miners to obtain some income that they generally use for their subsistence. Most of them are unemployed or low-income people.

In the 20th century, natural resources were extracted in the Osa Peninsula at low cost, cutting trees of hundreds of hectares, regardless of the environmental and social consequences for present and future generations. As a trigger for these conflictive events, two important protected areas were created: the Corcovado National Park and the Golfo Dulce Forest Reserve.

It is only since the 1960s that the population of Jiménez has access to public education services, potable water, electricity and health, thanks to the organization of its inhabitants.

Since the beginning of the 21st century, many young people on the Peninsula, with secondary schooling levels, have found new sources of employment in the hotels of Puerto Jiménez, Matapalo, Carate and La Palma, as well as in associated services such as tourist information, transport, restaurants, warehouses, grocery, among others. Other families have experimented with new productive alternatives with tourism rural, with a view to complementing and diversifying its economy and raising its low income. 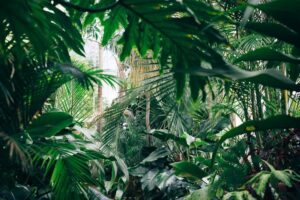 For the last decades, there was a marina project to build a high-impact tourist and shipping development in Puerto Jiménez. Due to the resistance of a sector of the local population in alliance with national ecologists attesting the vulnerability of the area where the buildings and docks are projected and shops, the project could not start. In 2020, the construction started with the first phase of the project: Botanika Resort by Hilton. The luxury resort in the rainforest is planned to be opened in 2022.

Nowadays, Puerto Jimenez is a touristic beach town popular for its remote location, sustainable projects, renowned Eco-lodges and its incredible biodiversity. Its natural wealth and scenic beauties has become a shared value and aspiration Worldwide.

To learn more about the history of the Osa Peninsula, book our City Tour in Puerto Jimenez. 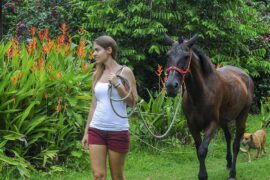 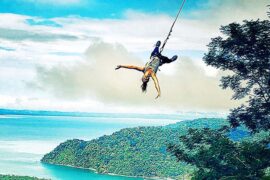 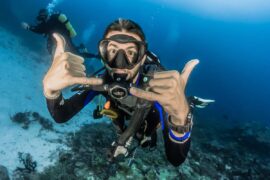 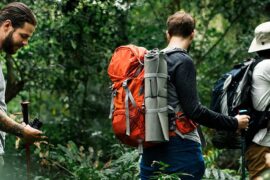